Anniversary celebrations are bound to spring some surprise announcements, and Square Enix certainly didn’t hold back with its 20-year commemoration of the Kingdom Hearts series.

The livestream event, which featured live music, artwork presentations, and on-stage presentations by director Tetsuya Nomura, composer Yoko Shimomura, and other staff, has confirmed that Kingdom Hearts 4 is currently in development, with a trailer showing off a first look at gameplay and setting.

The 4.09 mark is where the action action begins, and it’s immediately obvious that the game will sport more realistic visuals than its predecessors. Sora returns with an updated look and his iconic Keyblade, running up buildings and hurtling through skyscrapers of a modern cityscape in a battle against a giant foe.

Suspicious figures in black cloaks are introduced to viewers, while classic combat elements, such as items, spells, and other turn-based commands, are set to return. It’s all pretty vague, and the synopsis provided by Square Enix offers more details:

“Sora makes a triumphant return with an updated look at the beginning of an epic new storyline titled the Lost Master Arc. Beginning with Sora facing off in a boss battle against a giant enemy, players are introduced to the Quadratum, a large, expansive city set in a gorgeous, realistic world unlike anything ever seen before in the Kingdom Hearts series. 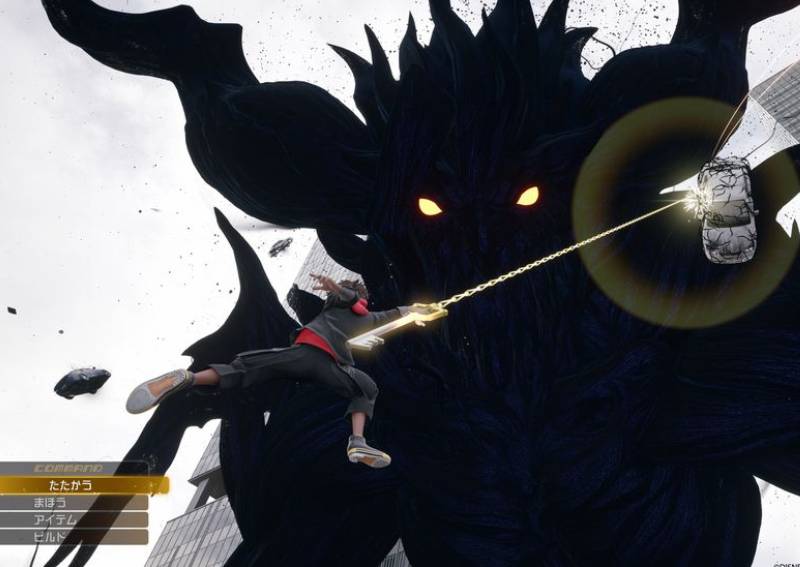 Fans will be excited to see the return of Sora’s well-known companions, in addition to the first appearance of Strelitzia, a mysterious new character who appears before Sora in this strange new setting.”

There’s currently no word on release date (hopefully not another 12 years!) or the platform(s) Kingdom Hearts 4 will be heading to, but what’s confirmed is the return of our best pals, Donald Duck and Goofy, both of whom appear at the end of the trailer. 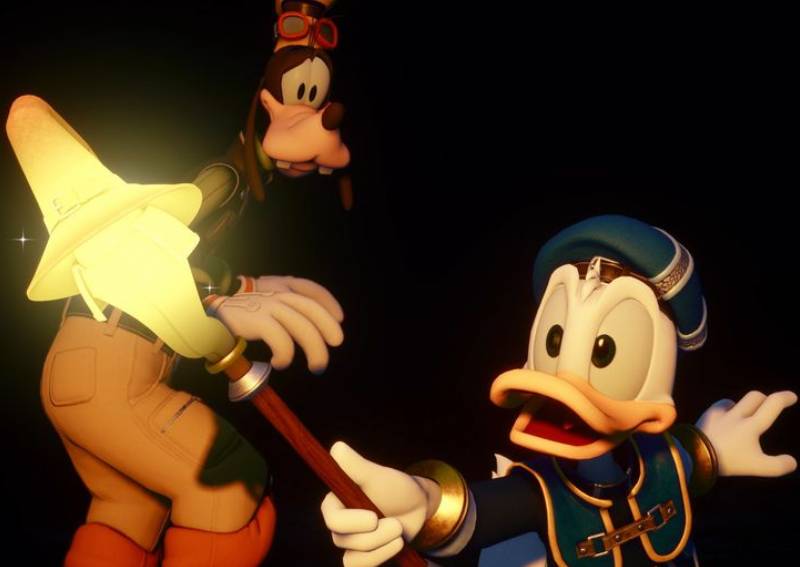 While the news drop was certainly unexpected, a follow-up to Kingdom Hearts 3 was never out of question, considering how it ended on a cliffhanger, with a secret ending depicting Sora and Riku awakening in a new world.

The artistic changes, meanwhile, seem to point towards development on Unreal Engine 5 (we can’t be sure, of course), though they do seem to clash with Disney’s cartoony aesthetic. Story-wise, we can expect the hooded individuals to be involved with the Foretellers, Xigbar (revealed to be Luxu), or both, as hinted by the post-credits scene of the third game.

In addition to Kingdom Hearts 4, fans can also look forward to Kingdom Hearts Missing Link, a mobile game that allows players to “embark on adventures from the realm of Scala ad Caelum into the real world” and engage in “exhilarating battles against the Heartless and discover a new, original story.” A closed beta test is planned for sometime this year.

This article was first published in Geek Culture.