The connection between art and social activism can be seen on the streets, walls and windows of Bloomington every day. From the “Black Lives Matter” mural in People’s Park to the music playing in dorm rooms on campus, artistic expression, in its many forms, has been a primary way for students and citizens to make their voices heard.

Protests in the U.S. are is inextricably linked to the production of art, said Faye Gleisser, assistant professor of contemporary art in IU’s art history department.

“We have these images of large scale protests where people are coming together and carrying signs with images,” Gleisser said. “That kind of solidifies this idea of protest always having to be at this grand scale, when it can happen on many different registers.”

Artists have been protesting in many different ways throughout history, Gleisser said. In the 1950s, artists began to experiment with conceptual and protest art as a way to rebel against established ideas and encourage conversation about social norms.

Groups such as Asco, a Chicanx collaboration, the Guerilla Art Action Group and Civil Rights Activist would often partake in acts of protests meant to take up space, such as performance art or sit-ins at museums or other institutions in order to bring attention to societal and structural issues of inequality in their communities.

“Just by sitting in those seats and refusing to be removed from them by this racist segregated system, their occupation of space was a political act of refusal,” Gleisser said. “So the ways that artists were also thinking about the occupation of space, just coming together and how the political act of standing in a certain space could be translated into material form.”

Gleisser said the relationship between art and protest is symbiotic, as the protests of the Civil Rights Movement influenced sculptures and other art installations.

Artists also experimented with visuals and advertising influences in order to evoke change through protest.

“You also have artists who have deeply shaped protest culture through the way they use minimalist graphics and symbols and intentionally use them to bring a lot of people together,” Gleisser said.

Artists such as Emory Douglas of the Black Panther Party for Self Defense relied on visual images to advance the party’s cause in the 1960s. Douglas’s use of pop art and protest elements became a large part of the party’s print publications and later posters, bringing members together under a united symbol.

The Aids Coalition to Unleash Power for HIV/AID advocacy used the pink triangles and the phrase “Silence=Death,” which were created by another group Gran Fury, during protests to communicate the severity of the HIV/AIDS crisis in the 1970s and the failure of the U.S. government’s response.

The use of symbols to comment on society and bring people together shaped art and protest culture in a way that made them essential for each other.

“Protests, or the way that they’re documented, means that their after lives are solidified through images that become iconic,” Gleisser said.

Musicians have also played an important role in protest and political activism, specifically the genre of punk rock.

Punk rock is not a clearly defined genre of music. Paul Mahren, an adjunct professor in the Jacobs School of Music, said punk rock is defined by the aggressive attitude and lyrical content of a song.

“It’s not necessarily about the instrumentation and the arrangement,” Mahren said. “But it does need to have not just the intellectual content, but it also has to have this kind of aggressive musical content.”

The connection between music and political activism has been around for decades. Early examples of protest music can be heard in blues and folk songs where artists wrote about events in their lives, some of which contained social commentary.

The genre continued to evolve with the introduction of rock style elements to create punk rock.

“I just think the vibration of music is something that we connect with as humans on a very deep emotional level,” Mahren said. “So it makes sense to me that this would be the highest expression of these kinds of feelings that would come through in musical performance.”

Bands such as the Sex Pistols, Public Enemy and Green Day have all used their music to comment on societal problems and political movements, which is why they can all be considered punk rock despite their different backgrounds and musical styles .

Mahren said the connection between protest and music can be extremely minimalistic and doesn’t even require musical aptitude to participate.

The connection between protest and art is the subversive nature they have in our society and culture, Mahren said. Art invites exploration and the questioning of ideals, which is why Mahren said he believes it’s so important.

“It’s really important to have voices that are questioning aspects of our culture, through their art,” Mahren said. “Whether their art medium is visual, or its musical, I think it’s it’s important that we have those voices that are pushing the boundaries and taking a closer look at what is real.” 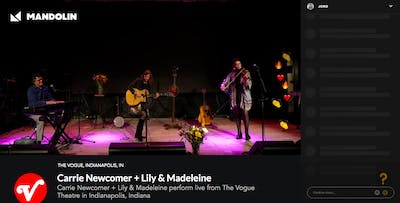 Newcomer was scheduled to perform at about 100 venues. Her entire year was canceled. 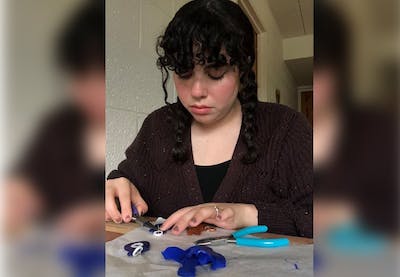 The IU junior has made culturally inspired jewelry for income during the COVID-19 pandemic.