Art is all about rebellion.  There are no rules.  Anything & everything goes.

Many believe these statements to be true.  I’ll concede to the fact that art often pushes established ideas, concepts, and boundaries. However, art is also full of rules, processes, and procedures that are paramount to creating.  Without the establishment of these norms, some art forms would not be possible.  Knowing & practicing the rules & directions for a given medium do not impede the artist, but allow them to find success as they imbue their work with their adaptations, stylistic choices, and unique voice.  Following the directions are important!  Not warping a loom correctly, firing at improper temperatures in ceramics, removing enamel from the kiln too soon, using spray adhesive in an enclosed non-ventilated space (umm, this might have happened to me the first time I used the product and did not read the directions)……when you don’t 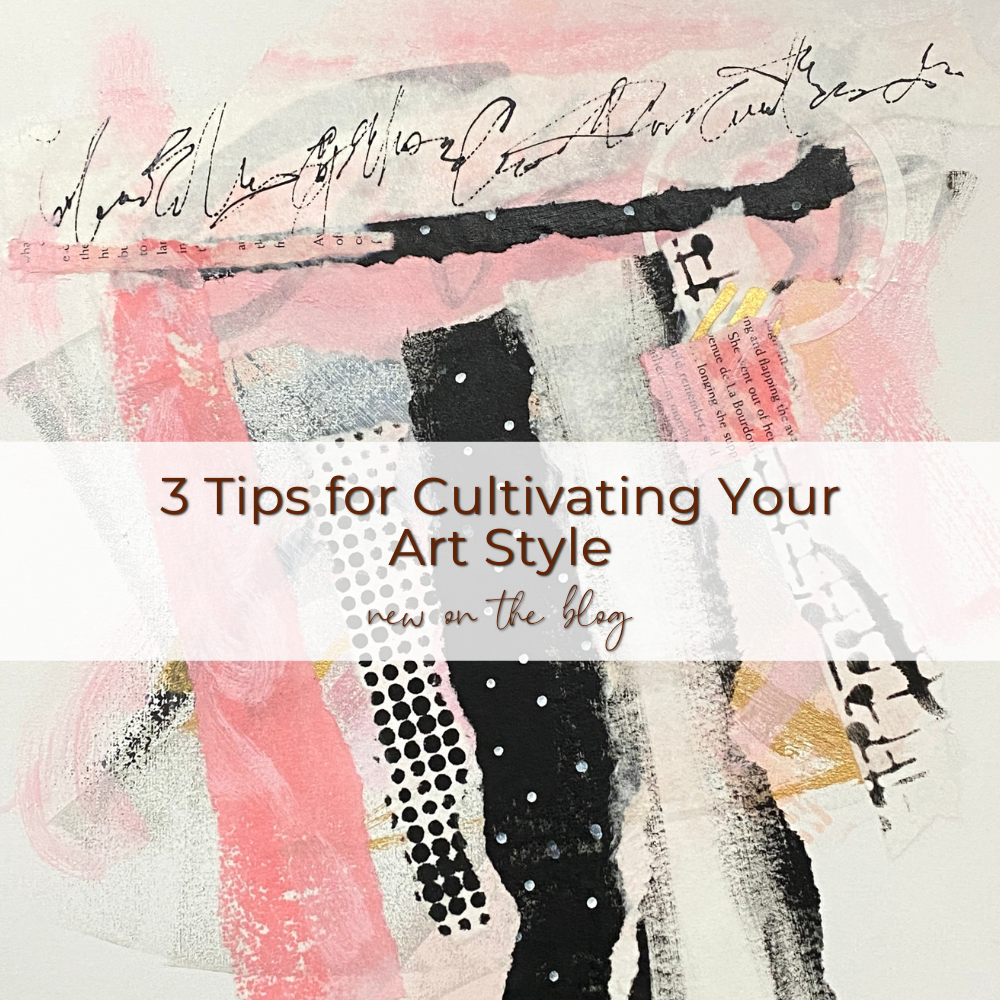 Are You Struggling with Finding Your Style?

Here’s a familiar scenario: You’ve taken the YouTube tutorials, signed up for different technique courses, read books on different painting styles, and set out on your own, starting to experiment with all you’ve learned. But something in your practice still feels a little bit off. Perhaps you feel a little bit stilted, or maybe your paintings just don’t feel like you. Maybe you’re struggling with inspiration, and having a hard time choosing a subject that resonates with you, or perhaps you freeze up when you’re instead trying to loosen up.

I’m a huge advocate for turning inward and doing work that builds your own confidence, cultivates joy, and improves your frame of mind as a way of benefitting your painting practice. Stripping away mental barriers and building your sense of play, fun, and joy allow you to unlock your

Winning a medal regionally in the prestigious Scholastic Art & Writing Awards is a feat on its own. But a national award is exceptional.

Eight Washington County students have won national awards for their art and writing, earning a place among the top young artists and writers in the nation.

Winners include Sienna Heasley, a freshman at Trinity High School, who won a gold medal and was awarded an American Visions medal for her mixed-media artwork, “Mind’s Eye.”

For the piece, she used pencil, ink, and gouache (opaque watercolor) to illustrate “the spontaneous things people can come up with or think about.”

It depicts a Converse-clad young person who is surrounded by objects including coffee mugs, plants, and other things Heasley’s life revolves around, she said.

Heasley said she has always enjoyed painting and sketching, and recently began taking private lessons at her cousin’s art studio in addition to taking

While constructing a home in Turkey, looters realized they’d been building atop an ancient chamber. Instead of alerting local authorities, they began to dig themselves—and only after the heritage criminals were apprehended did archaeologists arrive to save the day (and the artifacts within).

Now, a stone panel uncovered during their emergency excavation sheds new light on the melting pot of cultures that coexisted during the early days of the expansion of Mesopotamia’s Neo-Assyrian Empire nearly 3,000 years ago.

An article published this week in Antiquity reveals more about the panel, which likely dates to between the ninth and eighth centuries B.C.E. The symbols inscribed there represent a variety of cultures—the inscriptions are written in Aramaic, while its carvings reflect a Neo-Assyrian